The Toyota Land Cruiser is a series of four-wheel drive vehicles produced by the Japanese car maker Toyota Motor Corporation. Design of the Land Cruiser began in 1951 as Toyota's version of a Jeep-like vehicle and production began in 1954. The Land Cruiser has been produced in convertible, hardtop, station wagon, and utility truck versions. It is currently Toyota's flagship 4WD.

In 1941 the Japanese Imperial Army occupied the Philippines, where they obtained a Bantam Mk II, and promptly brought it to Japan. The Japanese military authorities commanded Toyota to make a similar vehicle but to not model the appearance on the American Jeep. The prototype was called the Model AK and was formally adopted by The Japanese Imperial Army as the Yon-Shiki Kogata Kamotsu-Sha ( 四式小型貨物車 The Imperial era 2604th model compact cargo-truck ).

Later in 1941 the Japanese government asked Toyota to produce a light truck for the Japan military campaign. Toyota developed a 1/2 ton prototype called the AK10 in 1942. The AK10 was built using reverse-engineering from the Bantam GP. There are no known surviving photographs of the AK10. The only known pictorial representations are some rough sketches. The truck featured an upright front grille, flat front wheel arches that angled down and back like the FJ40, headlights mounted above the wheel arches on either side of the radiator and a folding windshield.

The AK10 used the 2259 cc, 4-cylinder Type C engine from the Toyota Model AE sedan with a three-speed manual transmission and two-speed transfer gearbox connected to it. There is no mechanical relationship between the AK10 and the postwar Toyota "Jeep" BJ. Most of the AK10's were not actively used (unlike the U.S. Jeep) and there are almost no photographs of it in the battlefield. 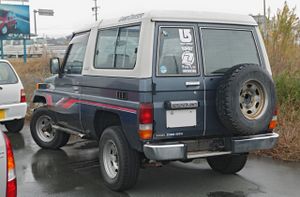 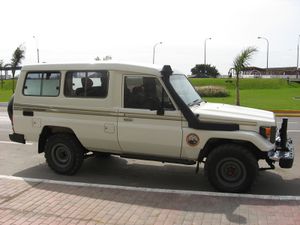 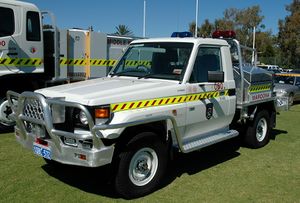 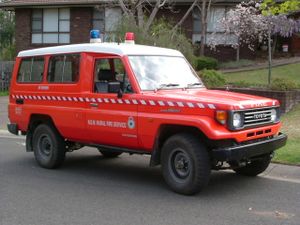 The Land Cruiser 80 series was introduced in late 1989. It had swing-out back doors, which were replaced by a winch door in 1995. The Land Cruiser was made into the models called the Burbuja in Colombia, and Autana. 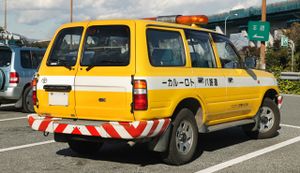 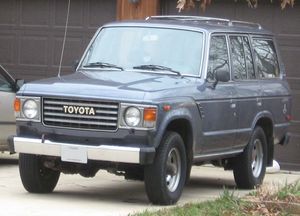 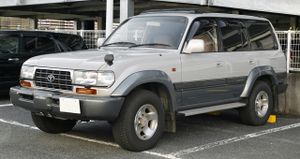 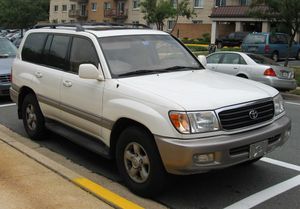 The Toyota Land Cruiser was redesigned for 2008. Known as the 200 Series, it will share the 2008 Lexus LX's platform and overall design. Though many time-honored Land Cruiser supporters have welcomed the re-invigoration of the mechanical aspects of the vehicle, the 200 Series has encountered criticism due to its controversial body restyling, with some claiming that Toyota has 'overdeveloped' the classic trademarked Land Cruiser identity in its efforts to fit the Land Cruiser in to modern 21st century motoring. Toyota presented its completely redesigned Land Cruiser in October at the 2007 Australian International Motor Show in Sydney. The vehicle entered production in September and was available for sale in November 2007. Although the new Land Cruiser was presented at its first motor show in Sydney, it was already on sale in Japan, launched there in September 2007. It also became available in Venezuela for sale early in November under the local nickname of "Roraima" (Taken from Monte Roraima in Venezuela). The 200 Series is offered in three different levels of trim in Australia and Oceania:

The 200 Series, offered numerous features and upgrades over its predecessor not limited to the cosmetic changes made to the body and interior, including:

Various driver assist technologies not offered on previous models including:

Engine and transmission improvements include: