The Toyota Motor Corporation G-family engine is a family of straight-6 piston engines produced from 1979 to present. It is notable in that only a single displacement, 2.0 L (1988 cc), was produced in this series. All were belt-driven OHC non-interference engines (except the VVT-i version in the IS200 which is an interference engine), with multivalve DOHC (except the 1G-EU SOHC 12 valve engine) and even variable valve timing added later.

These engines were used as a lower-displacement alternative to the more upmarket M family and JZ family straight-6. Current use includes 1G-FE on Toyota Mark II Blit and Toyota Crown Sedan

Since just one displacement was offered, all G-family engines are marked 1G and share the same "square" 75 mm (2.95 in) bore and stroke. 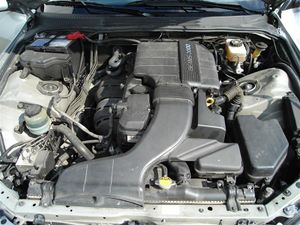 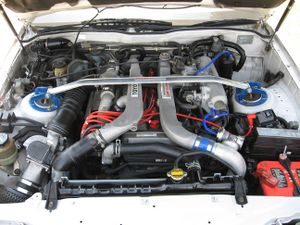