The Daihatsu Charade was a supermini sold from 1977 to 2000. Daihatsu considers the Charade a large "compact" car to differentiate it from other compacts in its lineup, such as the Daihatsu Mira/Cuore. 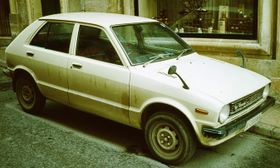 The Daihatsu Charade was very popular in Chile during the 1980s.

The Charade sold in Chile between 1978-1984 was called the G20. The first generation (1978-1980) had round headlights, the second generation (1980-1984) had square headlights, both powered by an 843cc 3-cylinder engine. Also available was the "Runabout" version, which was a 3-door hatchback with two little round windows in the back. 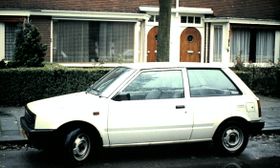 The second generation (G11) was released in 1983, again as a 3- or 5-door hatchback. It featured several variations of the 3-cylinder 1.0 L engine, including a turbocharged version with 68 hp JIS and a Diesel version. A 5-speed manual transmission was available. The G11 was produced with two frontends, colloquially known as "square-eyes" (Series 1) and "cat-eyes" (Series 2).

In Europe, the G11 underbody, engines and transmissions were used as the basis for the Innocenti De Tomaso, after Innocenti's contract with British Leyland expired. The G11 parts continued to be used by the Italian automaker until 1992.

The G11 Daihatsu Charade was released with two engine variants. The base model has the naturally aspirated, three cylinder, 993 cc CB23 engine that spawns around 50-55 bhp. 0-60 mph takes around 12-13 seconds. The other Charade Turbo and Charade DeTomaso models had the upgraded cb23 engine, called the cb60. The cb60 was also a three cylinder 993 cc engine, but was fitted with an IHI TurboCharger, which saw its power rise to 65-70bhp. 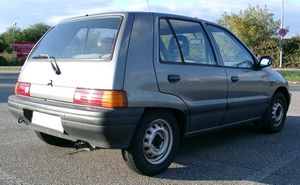 The third generation of the Daihatsu Charade (G100) debuted in 1987. It originally shipped with a 1.0 L 3-cylinder engine (CB23) and 1.3 L four-cylinder with single carburetor (HC-C). A 1.0 L turbo diesel, a 1.0 L twin-cam turbo (CB70)(CB80) , named GTti and delivering 101 hp JIS (74 kW), a 1.3 L fuel injected 4-cylinder (HC-E) and 3-cylinder (CB90) were later added. It was released in a 3-door and a 5-door hatchback. A 4-door sedan was released with the 1.3 L EFI engine in 1988. In Japan the GTti version was available, dubbed GT-XX, featured a sunroof, power windows, air-con and power steering. Also the interior was quite different from the GTti in that the fuse box was mounted inside the car and the seats were of a different design. The exterior featured side skirts, Speedline alloys and a different rear spoiler to the GTti.

The GTti was able to claim to be the first production car to produce 100bhp per litre and was also the fastest 1 litre production car made. It also had a fairly successful rally career competing in the RAC Lombard Rally in 1989 and 1990 and was highly competitive in the Safari Rally. The GTti won class honours many times and was able to mix it with some of the 2 litre cars on occasion troubling some of the 4wd cars ! 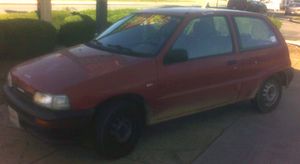 The third-generation car was sold in the United States for just four years, from 1988 through 1992. The car sold poorly, perhaps because of its high price, few dealerships, and unfortunate translation of the name Charade into English, and the company withdrew permanently from the US market. Sales for 1989 were 15,118. Only the 3-door hatchback and sedan were available. The North American Charade appeared in three different trim levels until 1989; the CES (Base model), CLS, and CLX. The CES came with a 53 BHP, 1.0L 3-Cylinder, Electronically Fuel Injected engine known as the CB-90. The other two variants were available with the standard CB-90 or the more powerful 1.3L 4-Cylinder Electronically Fuel Injected HC-E. In 1990, the trim levels were reduced to just two, the SE (Base Model) and SX. All models were available with a 5-Speed manual gearbox or an automatic transmission.

In the Australian market, the GTti was unavailable and the turbocharged petrol Charade used the carburetor engine (CB60/61) from the previous generation. 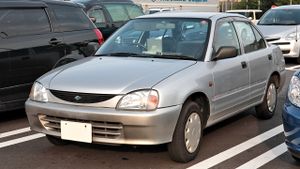 The fourth generation was introduced in 1994, again with hatchback and sedan bodies. A 1.0 L engine was the base model in Japan, but in many European countries, the SOHC 1.3 L was used. The sedan, introduced in 1994, featured a 1.5 L engine with optional 4WD. The Diesel models were dropped in all markets where they were previously available.

The turbocharged GTti version was replaced by a more conventional GTi with an SOHC 16-valve 1.6 L engine. This version was engineered by Italian ex-racing driver De Tomaso (the previous owner of Innocenti), including racing-derived camshafts, and was capable of 124 hp JIS (91 kW) in the Japanese market. The export version was detuned to 105 hp DIN (77 kW). De Tomaso also added their own bodykit, Recaro seats, a Nardi Torino steering wheel, and Pirelli sports tyres. A total of 120,000 Charade GTi were produced following this joint effort.

The Charade was restyled in 1996, only two years after release (with the codename G203). It had a ‘smiley face’ grille and changed headlights, looking more like its Toyota sibling the Starlet. It was produced until 2000, when it was replaced by the Sirion/Storia.

The Daihatsu Mira is sold in some countries as a Charade.

In Australia, the Daihatsu Charade was assessed in the Used Car Safety Ratings 2006 as providing "significantly worse than average" protection for its occupants in the event of a crash.[1]

In 2003, the Charade name was resurrected in the UK and Australia. The new Charade is now a rebadged Daihatsu Mira (Cuore in other European markets, Charade in Morocco[2]), and it is positioned one market segment below its previous generations. It is available as a 3- or 5-door hatchback with a 1.0 L engine. It has since been discontinued in Australia due to Toyota retiring the Daihatsu nameplate in Australia, due to the market climate and the fact that Toyota believes that the Toyota Yaris does justice as their smallest car in Australia.